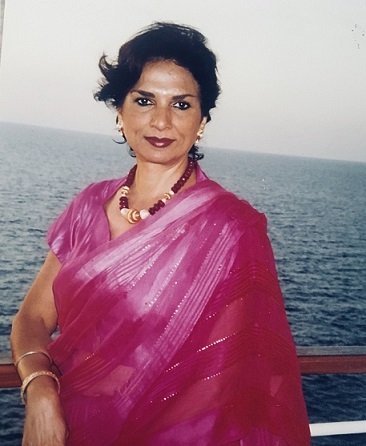 The quote ‘Jack of all trades, master of none’ doesn’t apply to Bina Ramani as she is a multi-tasker with great success in every business that she has ever initiated. Various professions that speak of her credibility are sales & marketing head of Taj group, microwave ovens developer, fashion designer, published author, restauranteur, etc. During her journey as a fashion designer, she opened various designer studios in Delhi and New York. She, started a shopping mall which housed about 11 boutiques, gallery, spa, and a charming restaurant. She initiated India’s first Aids Awareness Fund Raiser Event and succeeded in bringing the much-maligned subject of HIV/AIDS into focus and acceptance. Prestigiously she got invited by the daughter-in-law of the Mexican president, for an official visit to Mexico to promote the tourism. Not only this, the Latin American team of Vogue magazine featured her outfits on the magazine cover. Later, she received an invitation Harvard University to feature a Fashion Show She went on to write her first book, a memoir, ‘Bird in a Banyan Tree’. Malabar Secrets is her new venture which prepares delicious combinations of pure spice, fruit and floral extracts which also provides healing benefits.