“Taking forward the world of fashion” 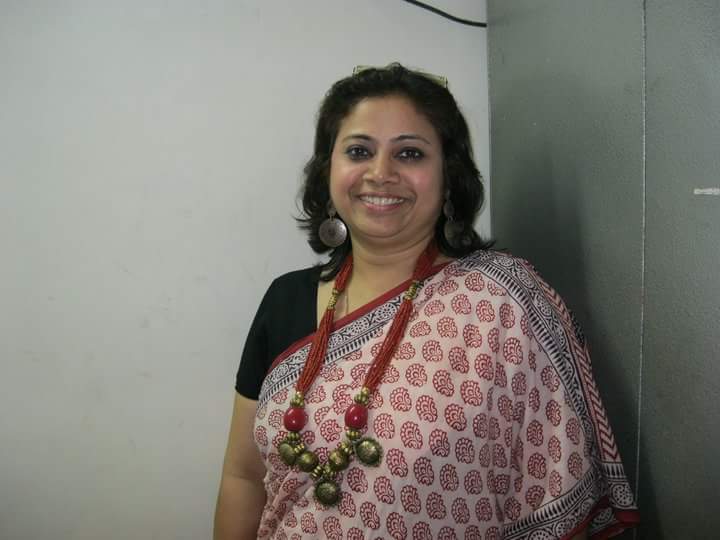 Womennovator Madhavi is an enigma when it comes to living life on her own standards. She strives to be an inspiration for many, as she knows what’s the price one has to pay to be independent. She was pursuing CA when she lost her mother. This changed her life on manifolds and pushed her to depression. This sudden change made her realize that she can write but her father & brother propelled her to marry. The continued humiliation and heavy expectations pushed her to leave her hometown Kolkata and shift to Delhi. There she got her first job in Meri Saheli, a Hindi magazine. She also started teaching Mass Communication as a part-time job and also used to write for various Hindi newspaper & magazines too. She has won many recognitions and awards for her writing, like Laadli Media Award for Gender Sensitivity for journalism work on women issues for blog Bakbak. She has won awards for features writer’s category in NCR from Mewar Institute and media Marathi People’s Choice Award in Exchange of Media Group in 2013. She was appointed as the Member of Internal Complain Committee of Global Payments’ Asia Pacific India Office for the Sexual Harassment of Women at Workplace (Prevention, Prohibition &Redressal ) Act 2013 in 2016. She was also invited by Lok Sabha TV channel for their program on Gender Discourse as a panelist on various occasions. Her first novel “Wah! Ye Aurate” got featured in World Book Fair 2016 in Delhi.