“Life is like a huge ocean of opportunities, where if one takes a dip will be forever tamed to lead successful lives. The only trick here is that you got to take a dip yourself, no one else is going to push you”

“Indulge yourself in new things, take new risks and meet new people to keep yourself rejuvenated and alive” 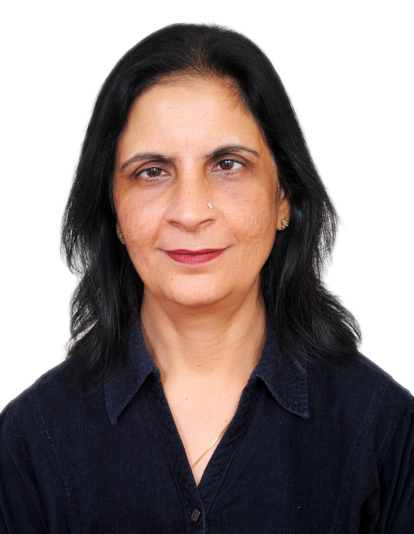 Womennovator Preeti Monga is an epitome of courage and strength. She is an inspiring figure that teaches every human that how a disability can never deter you from what you want to achieve. Born in 1959, in Amritsar, her parents discovered her visual disability when she was just 6 years old. It was a little difficult for her parents to raise her, but like her, they too had the strongest grit. Preeti even got forced to discontinue her schooling in class 8 just because the school didn’t intend to have a blind child. After that, even though her parents tried to enroll her in a regular school they couldn’t, so they finally tried to admit her into a school for blind girls, but due to the poor condition of the school, they refrained from doing it. After that, Preeti learned everything on her own by the support of her parents. Later, in her twenties, she decided to marry, but her decision did not turn as she wanted. Her adversities increased when her marriage life turned into a bitter reality that she had never imagined. At that time, she realized that she required being financially independent. However, with a shattered soul, no qualifications, no money and a huge disability getting employment for her became a gargantuan task. But, difficult times always lead to a happy beginning. Finally, she got a chance to be an Aerobics instructor by getting trained from Veena Merchant, the lady who brought Aerobics to India at that time. Then, another high came into the life of Preeti when she found the right person in Ashwini and got married and has been in a happy and supportive marriage since then. Now, Preeti is the founder and CEO of Silver Linings Foundation, and also Silver Linings Services and Director of Project Jyoti at Dr. Shroff’s Charity Eye Hospital. Through her various portfolios, she works for people with disabilities, promotion for eye donation and empowerment of women, and also runs her own business venture which provides executive search and corporate training. Despite being a visually impaired woman since age six, she has always stood her ground and has carved out her own path in the mainstream society and makes constant efforts to have herself as well as other disabled people live with complete Dignity! She is a celebrated motivation speaker, Life coach, an accomplished Corporate Trainer, a Trauma Counsellor, a Fitness Consultant, a PR Professional, a Disability Rights Activist, an Author, a successful Business Woman and a powerhouse of inspiration; who influences all with her dynamic and positive personality.