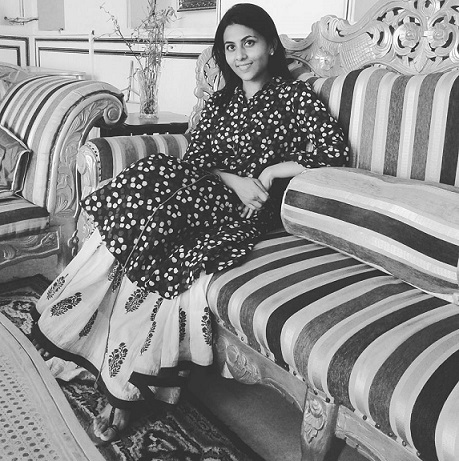 Womennovator Dolly Jain, being born in an orthodox Rajasthani family, she was bombarded with the harsh truth of being a girl in the era of 90s. Despite the scenario, she followed her dreams and pursued her post-graduation from NIFT Mumbai and later worked in the same industry garnering experience of several years. But, soon she had to leave her career to focus on her marriage. After trying for two long years she couldn’t find a perfect job that could interest her. Then, Dolly realized that instead of looking for scope outside, she must find that drive inside herself. And that’s when she decided to put her designing knowledge to work by creating her venture called “Pink Lemon.”. This gave her an opportunity to succeed. The main aim of her company is to revive the lost essence of heritage textile techniques like block printing, discharge printing, Silver & Gold printing, etc. Her company received its major boost by exhibiting in one of the COWE’s events. Dolly is also planning to open a Skill Development Centre (CFC) soon for the underprivileged women & children in Jaipur where they can learn (block making, hand printing etc) & earn as well.